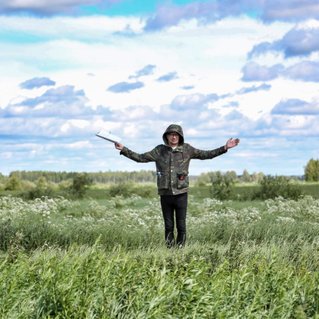 Mika Ronkainen is an award-winning film director and screenwriter from Oulu, Finland.

Ronkainen was selected as one of Variety’s Ten European Directors to Watch in 2013.

After having worked for fifteen years with documentary films, Ronkainen ventured into the world of scripted drama in 2018. He directed and co-created/co-wrote his first drama series All the Sins, which was awarded with Nordisk Film & TV Fond Prize for Outstanding Scriptwriting at Göteborg Film Festival in 2019 and nominated for Golden Eye Award for Best International TV Series at 2019 Zürich Film Festival. So far, All the Sins has been sold to over 30 countries worldwide.

An addictively intriguing crime thriller about complex relationships and small town prejudices. After a ten-year absence, Detective Lauri Räihä is sent to investigate the murders of two men in the small northern town where he grew up. Lauri seeks answers to the case only to discover other truths about himself, his home town, and whether one has the power to forgive all sins.

It is 1999. The police officer Jussi Ritola begins to investigate the suspicious death of a couple in Varjakka. While the secrets are revealed the waiting of the apocalypse takes over Varjakka and Ritola’s own life is irreparably altered.